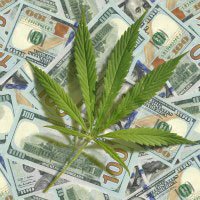 It was the first cannabis company in Florida. And just last week, it celebrated the opening of its 51st dispensary in the Sunshine State.

It was the first to be able to deliver to its customers at scale.

It’s licensed to open more storefronts than any other cannabis company is legally allowed to operate.

That’s just scratching the surface of how profitable this company can be. Its unparalleled growth continues to separate it even further from its competitors – making it an impressive case study in how cannabis companies can achieve total market domination.

Right now, this company is securing its status as the leader in one of the biggest medical markets in the country. And at $13 a share, it’s an absolute bargain right now…

Here’s why Trulieve Cannabis Corp. (OTC: TCNNF) is one of our favorite plays in cannabis today:

Let’s start with the simple fact that Florida is one of the fastest-growing medical cannabis markets in the United States, with an average of 609 new patients registering every day in 2019.

Today, the state boasts over 361,000 patients thanks in part to a large population, an older demographic now looking to cannabis as a wellness product, and more stringent rules on prescribing opioids in Florida.

That means more doctors are looking to medical cannabis as medicine.

With legalization inevitably passing in the next few years, Florida could be the largest adult-use cannabis market in the United States by 2025, with an estimated $2.5 billion in legal cannabis sales expected that year.

And with its first-mover advantage, Trulieve is ready to claim the lion’s share of that opportunity.

Trulieve was the first medical cannabis operator in Florida, giving it the all-important first-mover advantage and an early jump on the competition.

A first-mover advantage doesn’t necessarily define whether a company will be successful, but in this case, it played a significant role in cementing Trulieve’s brand recognition and loyalty across Florida’s medical marijuana patient base.

Today, well over half of all cannabis products sold in Florida are Trulieve products.

And it’s because of this first-mover advantage that CEO Kim Rivers was able to make a critical legal move that would secure this company’s status as Florida’s top cannabis brand.

Florida’s medical market uses a limited license program in which the number of dispensary licenses that companies are allowed to obtain is dependent on the number of patients in the state.

But by the time a 35-license cap was put into law in 2017, Kim had already opened her first 14 dispensary locations. So, she took it to court, arguing that those 14 licenses shouldn’t count toward Trulieve’s cap because they had been obtained prior to the law being established.

That means Trulieve can now operate more dispensaries than any other retailer is legally allowed to. It’s able to put more of its products in front of more customers than any other competitor.

The licensing win was a major one, but that wasn’t the only time Trulieve’s leadership went to bat for the company and came out on top.

When it was first passed, Florida’s medical program did not allow for smokeable cannabis products. For Trulieve, that wasn’t good enough.

The ban was challenged and finally lifted in 2019 – and Trulieve was the very first retailer to sell smokeable cannabis products at its dispensaries, further strengthening its brand recognition in the state.

Today, Trulieve is in a strong, cash-rich financial position thanks to strategic decisions by its leadership team.

And between having plenty of cash on hand and Kim’s extensive background in navigating mergers and acquisitions (M&As), Trulieve has been able to expand into two new states – Massachusetts and California.

On its current trajectory, Trulieve is projecting revenue of $400 million for 2021. A potential COVID-19 recession won’t hamper that – and with a few more acquisitions, it could get to $700 million in 2022.

As one of the only profitable cannabis companies out there right now, this is the kind of pot stock you want in your portfolio.

Executive Director Don Yocham has 10 other incredible cannabis companies listed in his Cannabis Moonshot Model Portfolio that you need to know about today.

Join the conversation. Click here to jump to comments…

Millions of Americans are hungry for information on cannabis investing. And for good reason…
Cannabis is the fastest-growing investment opportunity of all time. It represents a turning point for investors.
That’s what inspired the launch of The National Institute for Cannabis Investors – The Institute, or NICI, for short.
The Institute brings together the brightest minds in cannabis investing and research, all to give investors the information and guidance needed to make a fortune.
NICI is the most powerful cannabis-investing tool available to investors who want to achieve their dreams of financial freedom. You can learn more about how to get free access to their cannabis profit research here.