Pretty much.
Same is true even with water hash. Catch that salmonella or ecoli and kill some people by food poison and dehydration shitting themselves
Gotta be on point

Do you think this would be a viable anti solvent for crystallization? Maybe in a binary solvent system with propane ? Maybe @RockSteady or @downtheterphole can chime in

these guys say terpy and very poor extraction unless decarbed. sounds like a very good candidate.

might be worth a shot, its potential high terp affinity/low cannabinoid affinity would hold impurities, and help “squeeze” out cannabinoids of the primary solvent, give a shot starting at 5% r134a, scale up the ratios from there!

you bought that whole plant for like $4M+? Has it been installed and started up??

Can someone post a miscibility or solubility chart for 1,1,1,2-Tetrafluoroethane aka r134a

Or maybe just add it to this chart 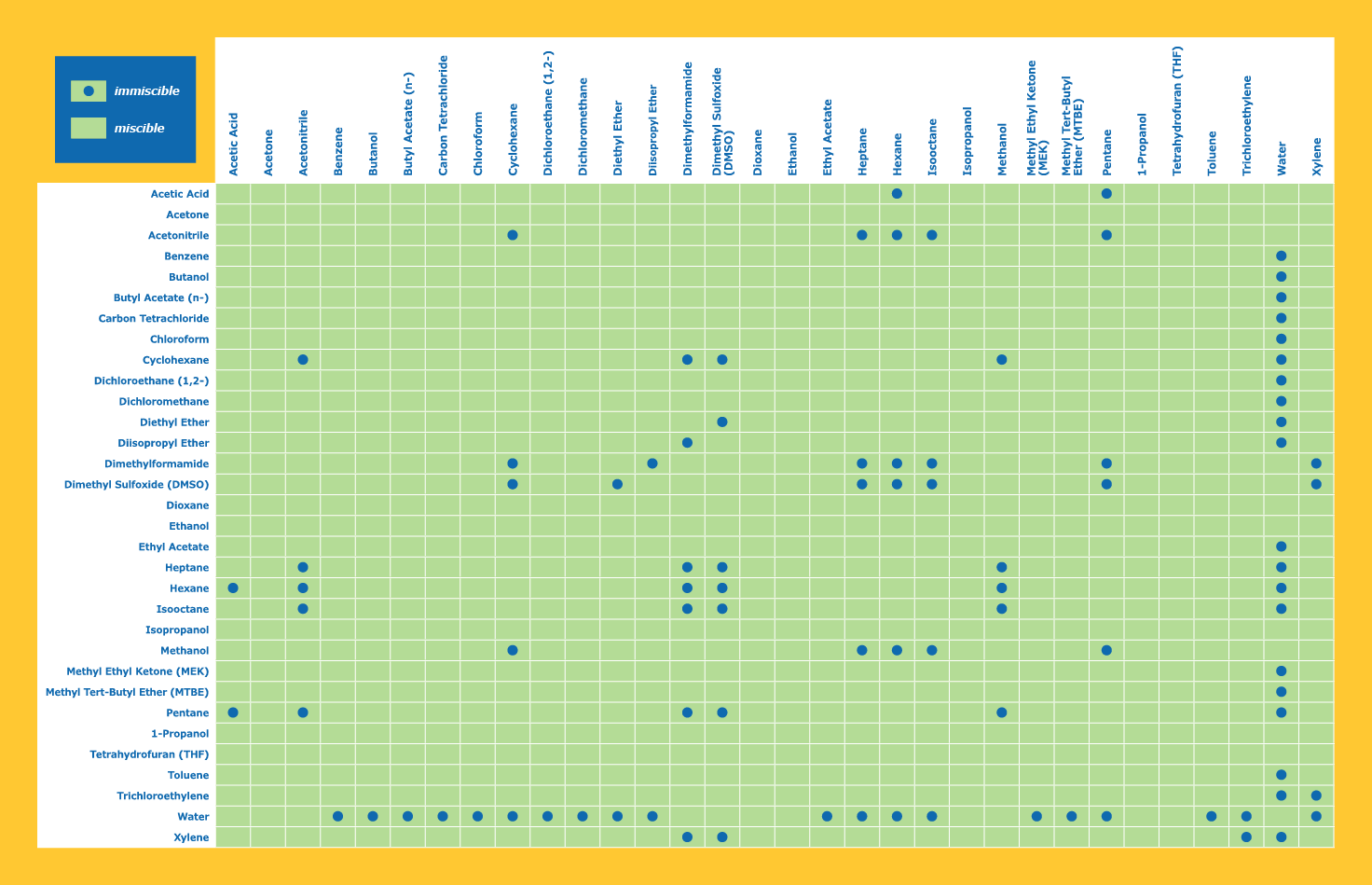 To be clear I’m not doing this and I’m not endorsing this. I don’t know enough about how this solvent behaves.

Way late to the party, but I recommend jacketed extraction vessels for this reason.

My biggest question is, will combining a hydrofluorocarbon with a hydrocarbon contaminate the hydrocarbon indefinitely? Maybe some sort of unbreakable azeotrope or even a chemical conversion…

I don’t have experience using refrigerant for cannabis extraction, but I have worked in a plant that used it to remove mineral oil from polymer based fiber post spin. We ran through activated carbon beds to strip out the bulk oil and then went into distillation for final purification of the solvent. The only chemical we ever ran into issues with was a deliberate introduction of bleach. The bleach transferred through the distillation process and carried over into the solvent preheaters where it underwent a chemical reaction and became extremely corrosive (most likely chloride stress corrosion cracking) to our stainless piping. We first noticed the problem when we began developing pinhole leaks at stainless weld joints, and in the end replaced hundreds of thousands of dollars of piping and condenser end bells.

Like I said, not a chemist, so I’m not sure if any of that info was helpful, but I hope it was at least interesting.

Hi All,
We are PBX :LABS here , happy to advise and clear any misconceptions about Comerg/PBX technology, its superiority and it being the future of extraction!

Any questions you have, we are happy to answer!

We rip 100% TERP CONCENTRATE. Happy to show you the elated farmer’s results!
NO additives or suspension chemicals!

Show current full panels. Have anyone purchased the machines or just watch them be run at their facility

Is the acetone and stuff a result of the freon? Or is there additional solvents? What do you fellow future4200ers think?

I’m laughing so hard cause I can picture someone just fucking plopping a mini tank of R-134A down on the table and saying “here you go,bitch! Have fucking fun!!”

Or even:
“If you’re dumb enough to buy it then we are bold enough to sell it.”

Have you ever worked in the industry, for people who have no idea of what’s going on? If so, then you can imagine how this might come about. If not, go get a job in the cannabis industry because most owners are like that. They won’t listen to you, regardless of how you feel, or know. If it wasn’t their idea, you’re wrong. If you do work for a place that actually has an ownership that has knowledge of these things. Then I am envious of you, as that is very uncommon.

From working under similar ownership I can attest to that level of beurocracy that even sometimes can get in the way of good production. Story of my life. puff puff then passes the blunt

After reading the whole thread I really am curious as to how selective R134a seems to be against THCa such that I could use R134a to maayybee crash out THCa in a liq-liq solvent crash with an alkane (butane or whichever is more non-polar).
Also, using R134a for sweeping off terps before doing a shatter run seems very useful though I hear propane is already used for this purpose as well as warm N2.

Is the acetone and stuff a result of the freon?

According to Wikipedia, one of the metabolites of Isopropanol is Acetone. I’m not versed on what conditions would create such metabolites but seems to me that if you had isoproyl alcohol come in contact with the crude then I would expect that’s where you got the Acetone from…perhaps the methanol too depending on how pure the isopropyl alcohol is that was used.

I hear propane is already used for this purpose as well as warm N2.

I hear people use sub critical c02 for terp collecting/terp chasing. Though I also hear you have have your system pretty well dialed in though to get that down.

yeah ive seen a video in a cloosed loop group on fb, though there was no data to prove anything so no way to verify

A couple of months late, sorry. So 134a is miscible with lower alcohols, ketones, chlorinated solvents. I’m going to search through my files for something more specific.
Tech sheet: https://www.chemours.com/en-/media/files/propellants/freon-134a-technical-information.pdf

not happening in australia.

you need a refrigeration license to use it here even though it has such a low carbon footprint
and is nearly 0 ozone depletion.

once our government has something it does not give it back.