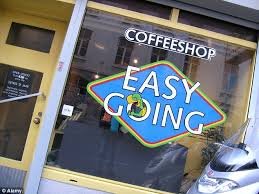 NL Times reports that a total of 149 cannabis growers applied take part in the Dutch government’s experiment with regulated cannabis cultivation. In the coming period, the Ministries for Medical Care and of Justice and Security will assess the applications. The government hopes to appoint its ten growers by early 2021, the Ministries announced on Wednesday.

Dutch Cannabis growers had between July 1 and July 28 to fill out the government’s application forms.

These will now be assessed for completeness and growers will be evaluated. The government will also consult with the municipalities where the prospective growers want to settle on possible effects on public order and safety.

A total of 10 municipalities are participating in the experiment.

Once the scheme  launches, coffeeshops in those municipalities will only be able to sell cannabis grown by one of the government’s designated cultivators. The goal is to see what effect a regulated cannabis chain has on public safety.

More than twice as many cities expressed interest in joining the experiment, including the four largest in the country: Amsterdam, Rotterdam, Utrecht and The Hague. However the government decided that every coffeeshop in participating cities would be required to only use licensed cannabis suppliers during the experiment.

Amsterdam Mayor Femke Halsema did not think this was a realistic expectation for the country’s capital, where about 170 coffeeshops exist. She expressed concern that attempting to do away with all illegal cannabis suppliers in one go would either cause more violence and mayhem, or it would lead to coffeeshops making quiet “back door” agreements with the dealers.