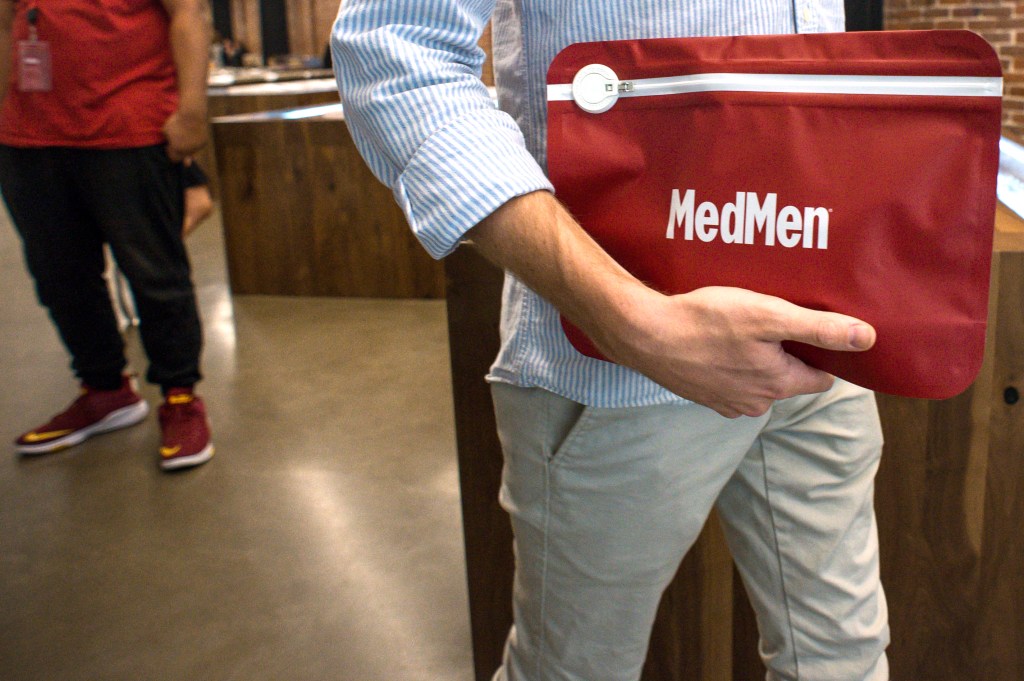 Cannabis giant MedMen may lose its chance to get one of Pasadena’s rare and highly-sought recreational cannabis permits after a mass exodus of executive leaders could mean the company is in violation of city law, according to a city investigation.

The investigation was prompted by an April letter from MedMen’s competitor, Sweet Flower.

In the letter, Sweet Flower’s founder and chief executive Tim Dodd also called attention to another of his competitors, Integral Associates Dena, alleging that both it and MedMen had seen substantial changes in their corporate ownership structures and were therefore disqualified from the city’s cannabis application process, among other claims.

In a statement to this newsgroup, MedMen spokesman Julian Labagh said the company was “confident that it followed all rules associated with submitting its application” and plans to respond to the city’s findings.

Sweet Flower’s Dodd is far from an impartial party to these proceedings; if any of the city’s remaining cannabis applicants gets removed from the process, Dodd’s company will have a chance to get a permit worth some tens of millions of dollars, officials have estimated.

In a statement to this newsgroup, Dodd commended the city for investigating the allegations he brought to its attention.

In all, there are now five cannabis companies vying for three or four legal storefront locations in Pasadena: Sweet Flower, MedMen, Integral, Varda and Harvest of Pasadena.

Only Harvest and Integral have had their proposed locations approved by city officials — the first of several steps needed to secure one of the city’s retail licenses for recreational cannabis.

The Planning Commission was slated to decide on proposed location permits for MedMen and Varda in late April, before Dodd’s letter put the process on hold. Though Varda hasn’t been accused of any mistakes, it was caught in the crossfire. Neither company has had its permit hearing rescheduled yet.

Without a shakeup, Dodd’s company is out of contention: Sweet Flower’s proposed location was too close to those his competitors staked out. His company also wasn’t the first to submit its application, though that’s something Dodd has contested in litigation against the city, as well as in separate but related suits filed against Integral and Harvest.

The case against MedMen

MedMen — once one of the world’s larger cannabis companies which operates locally as “MME Pasadena Retail Inc.” — has had a rough couple of years.

The company’s financial decline coincided with a massive executive-level upheaval which Dodd noted in both his April letter and an updated version, sent to officials last week.

Among the executives listed on MedMen’s original application with the city, there was only one remaining as of Dodd’s April letter. Now, a little more than two months later, there’s not a single executive left — including both the company’s chief and president.

In a note sent July 1 to MedMen lawyer Geoff Whitehouse, Assistant City Manager Nicholas Rodriguez explained that “a material change in either ownership or management during the permitting process would undermine” the laws around the city’s application process, as companies were scored on a variety of factors, including its owners and managers.

“It was made clear during the process that the evaluation and final interview was to be of the actual team working in Pasadena,” Rodriguez wrote in the letter to MedMen.

Rodriguez told MedMen the city had reviewed the allegations in Dodd’s letter and said the city “believes that the changes at MedMen appear to be material and rise to the level of a change of control.”

MedMen was given 10 days to respond and submit evidence to the contrary; Labagh said representatives plan to do so.

Labagh said personnel shakeups “can be expected” with any publicly traded company. Echoing statements given to investigators, Labagh maintained the company’s ownership and the application submitted to Pasadena “has remained constant.”

If MedMen does bring new evidence to the city, Pasadena will determine whether or not MedMen can still chase after this permit within another 10 days.

If officials come to the same conclusion as the investigation — which was conducted by HdL Companies, the same group that scored the applications — then MedMen will be disqualified, according to Rodriguez’s letter.

The changes in ownership at MedMen aren’t limited to its executive leaders: Two of the company’s lenders and one of its landlords reportedly announced a deal over the weekend to give the cannabis company a $32 million cash infusion in exchange for new stock options, giving the creditors more control over the company and its purse strings.

Integral and the others

While Integral hasn’t seen nearly the same level of internal unrest as MedMen, there’s still been a change in leadership that Dodd noted in both of his letters.

“We believe, by applying this same standard (as used for MedMen), Integral should also be disqualified,” Dodd wrote in a statement to this newsgroup.

Integral was sold in June 2019 to a publicly traded cannabis company, Green Thumb Industries, just after it tentatively qualified for one of the city’s cannabis permits.

At the time, Integral Chief Executive Armen Yemenidjian wrote a letter to the city, saying everything in the application was unchanged. He assured city leaders he would be responsible for the Pasadena store.

At the time, Yemenidjian was also president of Green Thumb Industries, but in April the company said he would be stepping down after a six-month transition.

Although Yemenidjian had left the president’s post, Integral lawyer Richard McDonald told this newsgroup he is still chief executive at Integral and he is still in charge of the Pasadena operation.

Nothing has changed, McDonald said in an interview with this newsgroup on Monday, though he declined to comment further citing ongoing litigation with Sweet Flower.

Dodd believes this misrepresents the situation.

He pointed to the company’s most recent filing with the California Secretary of State in December, which didn’t include Yemenidjian’s name — unlike the previous two filings, including one from June 2019, which listed Yemenidjian as the chief executive.

The city’s other cannabis applicants, Harvest and Varda, both received letters indicating that they too were investigated but later cleared.

Such a letter hasn’t been issued to Integral yet; Derderian said the city is still investigating.