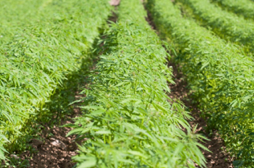 In 2018, the U.S. Congress passed the Hemp Farming Act, which legalized the widespread cultivation of cannabis with a low THC content and its sale as an ordinary agricultural commodity. By 2019, the law was in effect, and now, in 2020, there are over 320,000 acres of hemp on farms across the country.

Yet, that doesn’t mean that American hemp is a smashing success. Here are a few issues preventing hemp from succeeding on a massive scale throughout the U.S.

Hemp is a notably hardy crop, resistant to moisture, mildew, pests, disease, UV rays and more — but it still requires the right conditions and labor to grow correctly. Typically, hemp grows quickly and healthily when given plenty of sunlight, well-draining soil and dry air.

Unfortunately, in 2019, the first year that many hemp farmers were legally permitted to grow hemp, most crops did not thrive. Perhaps due to late planting — the result of leisurely local lawmakers — and perhaps to inclement weather — heavy rains across the heartland — hemp plants were short, thin and sparse. Not only did this severely limit how much farmers could sell their crop for, but it increased their labor demands, allowing for the proliferation of (non-cannabis) weeds, rotten plants and pests. As a result, that first crop that had farmers so enthused largely failed to reach profitability.

Worse, many farmers simply lack the right equipment to bring any kind of hemp crop to market. Hemp is about as laborious as other cash crops, but in different ways, so many of the tools currently in use simply don’t work. Retrofits and new equipment could cost tens of thousands of dollars — which an estimated hemp profit could cover, but getting that money to start can be difficult for many within the agriculture industry. This isn’t to mention that Idaho and Mississippi continue to outlaw the cultivation of industrial hemp, despite Federal regulations permitting it.

What’s more, some equipment and supplies hemp farmers ostensibly need are not exactly as they seem. For example, many farmers are pursuing hemp cropping because of the booming CBD market, but only female cannabis plants can produce the CBD quantities necessary for manufacturing into viable products. However, upon purchasing what they believed to all-female seeds, many farmers have discovered a significant portion of their crop to be male, and thus worthless.

Despite estimates placing hemp cropping profits between $40,000 and $50,000 per acre — compared to just $1,000 per acre for corn — farmers have struggled to find a way to invest in hemp profitably. Many of these wrinkles will likely shake out in time, but for now, they are seriously interfering with the American hemp market. 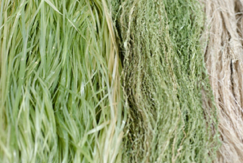 In any of 11 states, adults over 21 can search the web for recreational dispensary near me and find a handful (if not hundreds) of places to find marijuana. Usually, as soon as a state makes legal weed available, the state sees a massive spike in demand, with adults eagerly paying for whatever psychoactive products they can get their hands on. Over time, that demand starts to decline, but it starts remarkably high.

Such has not been the case for hemp. Industrial hemp for fiber, food and other uses is not as well understood as yet by American manufacturers or consumers. Plus, many markets where hemp is in high demand, like Asia, have already enjoyed legal hemp cultivation for some time, and farmers there are meeting that demand with their crop. The only current opening for farmers looking to start hemp cropping is pursuing hemp for CBD — but that increases their labor demand considerably and thereby reduces their profits.

In the coming years, demand for hemp products is likely to increase. Hemp can serve as a sustainable replacement to many materials that are difficult, expensive and environmentally taxing, and as more farmers enter the industrial hemp game, the costs of cultivating and manufacturing hemp could fall, giving everyone greater access to this staple.

Experts believe that the hemp market in the U.S. alone could be worth over $26.6 billion by 2025. The sooner farmers can turn their attention to hemp cultivation, the sooner everyone will have greater access to a sustainable, functional crop into the future.