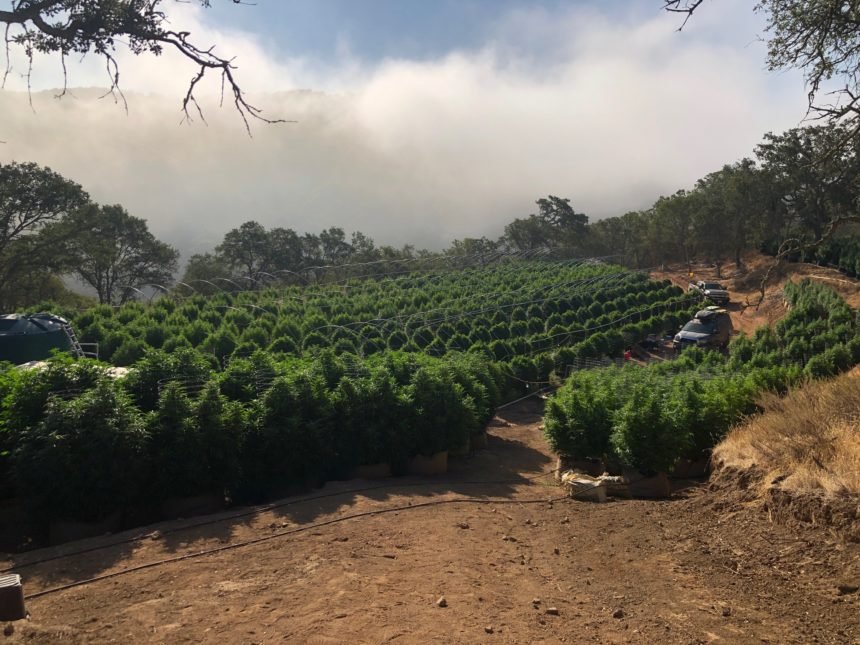 The Santa Barbara County Sheriff’s Office said Thursday that detectives with the department’s Cannabis Compliance Team had served a warrant at a grow operation near Pine Canyon and Highway 166.

Investigators believe the cannabis that was seized would have otherwise been sold illegally.

The investigation is ongoing.

The Department of Fish and Wildlife and agents with the Campaign Against Marijuana Planting also assisted in serving the warrant.