What’s the first thing that comes to your mind when you think of cannabis? To many, it would signify as a ‘drug’ that is not just illegal, but is associated with parties and addiction. But a group of six co-founders are not just attempting to change that perception, but with their startup, they argue that the cannabis plants can help in uplifting the socio-economic conditions of farmers.

Caught between cannabis’ medicinal and contraband narratives, Avnish Pandya, Chirag Tekchandaney, Delzaad Deolaliwala, Jahan Peston Jamas, Sumit Shah, and Yash P Kotak came together to make cannabis cool again. They state that they “can make apparel, beauty products, building material, and much more out of the most misunderstood product.” This is what their startup BOHECO, short for Bombay Hemp Company, aims to do. 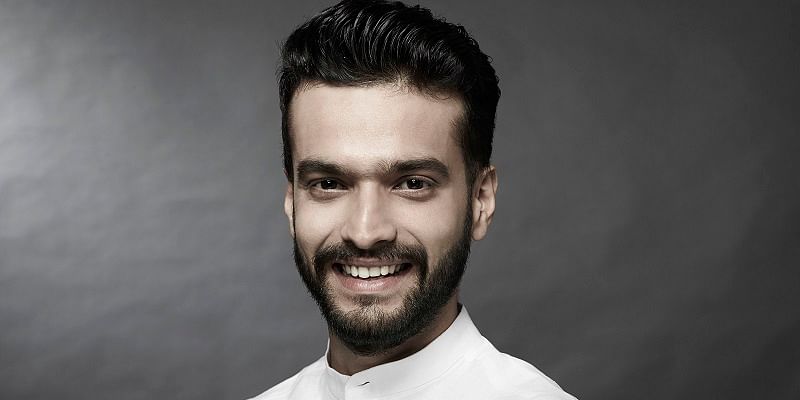 How it all began

BOHECO was born out of the collective experiences of the co-founders when they were studying in H R College of Commerce and Economics in 2013.

“One of our first projects with our college group in SIFE (now Enactus) was ‘ProjectChirag’ – which aimed to bring affordable solar electrification into rural hamlets and villages across multiple states in India,” says Yash Kotak, Co-founder of the company.

During their travels,the founders learnt that the cannabis plant’s presence was ubiquitous across the nation, regardless of the state or district. In certain Indian terrains, the founders note, cannabis grows naturally.

In the summer of 2013, Jahan happened to visit his extended family in Australia, when he encountered hemp in the Australian outbacks. Amused by how the rural towns had successfully harnessed the potential of the hemp plant to create and sell industrial and medical products (clothes, building material, healthy foods etc), Jahan shared his experiences with the founders. These two events piqued the curiosity of the founders, and they began to study cannabis as a business – the regulatory space, research domains, and commercial market opportunities in India.

The six of them proactively began a quest to find a solution that would benefit the agricultural and local industries, which led the team to establish Bombay Hemp Company (BOHECO).

They thought about “Educate, Cultivate, Elevate” to be the primary drivers of their campaign. BOHECO’s mission since its inception has been to advocate the societal benefits of industrial hemp. Aimed at breaking preconceived notions of the super crop, they assist local farmers in cultivating the crop, suggest cultivation techniques, and help in elevating their socio-economic conditions.

Founded in 2013, BOHECO’s operations in areas of cannabis cultivation begin with a survey, followed by research and analysis.

“We then organise farmers for the collection and distribution of hemp seeds (for food), and fibre (for textiles). The raw material is collected from indigenously growing cannabis plants and then sent for processing, manufacturing and sale. Similarly, BOHECO engages with local vendors and rural stakeholders to source the hemp leaf (bhaang) for its utilisation to develop proprietary Ayurvedic medicine formulations,” says Yash.

The startup’s medium-term goal is to begin providing larger groups of farming communities with cultivable and standardized hemp seed varieties, and commence BOHECO’s commercial-grade cultivation of hemp in multiple states. This will help bring greater scale to the supply of raw material output in terms of vertical integration. The company currently works with close to 100 farmers.

In India, the business and industry ecosystem for hemp-based foods, textiles, and Ayurvedic wellness products is a work in progress, the founders say. However, for larger consumer categories such as superfoods (hemp foods – Hemp Hearts, Hemp Seed Oil, Hemp Protein), botanical, and natural wellness (cannabis leaf extract-based Ayurvedic formulations), there exist pre-established market opportunities which have previously only been explored by non-hemp and cannabis-based products.

Working in the hemp and cannabis space in India, over 30 companies operating different parts of the value chain in India.

“At present, due to the nascent stage of the hemp/cannabis industry ecosystem for industrial and medicinal products, there exists scant quantitative data to estimate approximate market size and scope from a hemp health and wellness perspective,” says Yash.

According to BOHECO’s estimate, the general market size is between $500–750 million annually.

According to APSASEED, in July 2018, Uttarakhand became the first Indian state to permit large-scale commercial cultivation of industrial hemp. The license was awarded to the Indian Industrial Hemp Association (IIHA) to plant cannabis on 1,000 hectares. The IIHA will also develop a seed bank, aiming to cultivate hemp across 10,000 hectares within five years for textile fibre.

Aside from medical hemp collaborations, BOHECO will market Food Safety and Standards Authority of India (FSSAI)-approved hemp seed-based food products manufactured from licensed crops cultivated in Uttarakhand and Uttar Pradesh, where the government, in October 2018, permitted low-THC hemp cultivation for medicinal and industrial use.

Venturing into the hemp business

BOHECO’s first offering in the market was handloom fabric – handspun and handwoven by a women SHG based in Uttarakhand. The idea was to connect local artisans working with wild hemp to urban communities. It was important for the founders to change the perception of cannabis from “dope” to “hope”. Hence, they integrated a social impact story along with the positive environmental impact narrative of hemp.

Though their first sale was a humble Rs 7,500, its impact on the BOHECO founders was unmissable. It motivated the founders to continue building on that path. They began making medicinal products as well.

BOHECO’s ayurvedic medicine and wellness range includes some of the first-ever licensed hemp leaf-extract products, which include cannabinoids such as CBD and THC. As what was determined after an interaction in 2013 on the effects of cannabinoids on the human Endocannabinoid System (ECS), these cannabinoids contain a therapeutic value for multiple symptoms and ailments.

When they started up it was not easy. People thought they were a bunch of boys gone astray.

“We had to create a whole different industry. It was accepted medically, but, in consumer circles, there was a lot of taboo around the subject,” says Jahan.

He adds that over the last 7.5 years, the founders have worked tirelessly as industry partners along with multiple state governments. At the onset, they were cognizant the challenges would require aligning every member of the ecosystem – from the government and scientists to farmers, and finally the end-consumer.

With just Rs 13 lakh investment, BOHECO’s products are today retailing all across India through ecommerce, having built a Rs 2 crore brand.

In 2016, BOHECO received an investment of $1.7 million from a few angel investors that included Ratan Tata, IIM Ahmedabad CIIE, and Rajan Anandan.

At present, 70 percent of their revenue comes from health and wellness brand (BOHECO Life), and the remaining comes from the textile verticals called B Label – B2C hemp and hemp-blended apparels and accessories, Hemp Fabric Lab – B2B2C supplier of hemp, and hemp-blended fabrics and BOHECO Textiles – B2B vertical that works with industry partners to supply hemp fibres and yarns.

Across all the above verticals, they have a

“We also export our products to over 15 mature markets such as the US, Canada, Australia, the UK, Italy, Germany, France, and the Middle-East, to name a few,” says Jahan.

As a company, they are currently generating Rs 30 lakh to Rs 35 lakh per month, which represents a 2.5x growth as compared to the previous year.

“We expect this trend to continue, where our plan of FY20-21 entails us generating approximately Rs 60 lakh to Rs 70 lakh per month, which will result in approximately Rs 7 crore in annual revenue by the end of FY20-21. We aim to accomplish this by launching a new category of products in an array of indication areas, which will cater to the Indian consumers at large. These products will combat the wide spectrum of lifestyle diseases, and will be marketed under our CPG (consumer packaged goods) line of business – BOHECO Life,” says Jahan.

The impact of COVID-19

Given that India was one of the later countries to be affected, the founders had a chance to learn from the affected countries – both, the best practices and the mistakes. However, there is no ready reckoner for startups on how to handle a situation that no one saw coming.

“Yes, the business has slowed down, but it’s steadily on the rise too for CPG business. A couple of things we put into motion before the pandemic hit us and before the nationwide lockdown, is assisting us now to rehabilitate. For example, we planned and stocked up inventory for three months, shifted our product dispatch centre to locations that had better access to warehousing and transport infrastructure, aligned with our logistics partner to get our products approved as an ‘essential commodity’ (since they’re hemp and cannabis-based proprietary medicines), and lastly, we intimated our consumers about the lag in delivery,” says Jahan.

However, their textiles-based businesses have taken a big hit, and are on a standstill. Currently, they are thinking of strategies on how to deal with this post the lockdown. Additionally, as a business, they have planned to hold on to maximum cash reserve.

Want to make your startup journey smooth? YS Education brings a comprehensive Funding Course, where you also get a chance to pitch your business plan to top investors. Click here to know more.