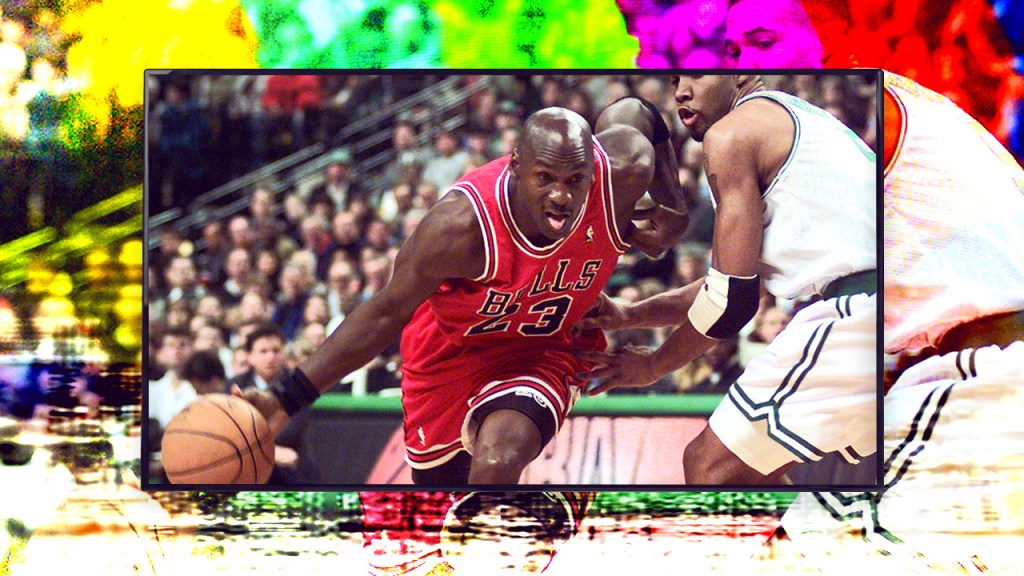 It’s not often that any part of the so-called “Worldwide Leader in Sports” can be considered diminutive. But as Libby Geist, ESPN’s vice president and executive producer, ESPN Films and original content, surveys the sports documentary landscape, she described her group as “a small shop at a huge company.”

“The streamers are where I have my eye,” she said. “They are snatching up some really great stuff, and frankly the budgets at these places are very different from ours.”

Netflix co-produced this year’s genre-defining series, The Last Dance, along with ESPN, while elevating cheerleading and Formula 1 racing into the American zeitgeist with other sports docuseries (Cheer and Drive to Survive, respectively). The company is also currently following recent U.S. Open champ Naomi Osaka for an upcoming series and is hungry for more sports content, according to one media rights agent, after other productions went on pause due to COVID-19.

Both Netflix and Amazon have rolled out behind-the-scenes soccer shows in Sunderland ‘Til I Die and All or Nothing. Longtime doc houses like Showtime and HBO have continued—if not grown—their output. Peacock offered In Deep with Ryan Lochte at launch, while fellow newcomer Quibi has shows featuring Cam Newton and Megan Rapinoe.

And the competition doesn’t stop there. Facebook and YouTube have sports deals too as they battle with TikTok and Snapchat. A number of leagues have their own film divisions, and athletes are increasingly getting into the content distribution game. “It’s the golden age of nonscripted content,” says Matt Goldberg, a partner at production company Film 45. “There’s not a platform that isn’t telling or interested in telling these stories.” Live event action remains the holy grail for platforms, but its supply is extremely limited, while the opportunities for supplemental programming appear limitless.

To keep up, ESPN has put more focus on fewer, bigger projects, aiming for success at film festivals and awards shows as well as with audiences. “I think we’re hesitant to really throw a grenade into our strategy and say, ‘Alright, we have to do a ton of stuff and hope something lands,’” Geist said.

What was once told as a 90-minute movie a decade ago is more likely to be stretched into an eight-part series these days, but ESPN is still experimenting with format and medium, with podcasts and a subscription streaming service, ESPN+, attempting to find the right scope for each project.

One thing ESPN has learned along the way: Access is no longer everything. As the network did research into how to promote The Last Dance, it considered highlighting the amount of exclusive Michael Jordan footage filmmakers had at their disposal. “But younger fans,” Geist said, “were not at all impressed. They were like, ‘We know. Everybody has an iPhone.’”

That said, having a marquee celebrity on a project is still critical, according to filmmaker Rory Karpf, now maybe more than ever. Karpf has directed two 30 for 30s and worked with the likes of Shaquille O’Neal, Snoop Dogg and Dana White. “I’ll get approached by people who have a good idea for a story, and that’s just really not enough,” he said. “At this point, you have to have a big name—or some absolutely crazy stuff. Just a typical good story doesn’t do it anymore.” Apple TV+’s biggest sports offering, Greatness Code, leaned into that belief, landing in July with seven episodes featuring icons from LeBron James to Alex Morgan.

With the number of productions and outlets increasing without end, you’d think supply might eventually run dry. How many megastars have interesting, untold stories—and are willing to share them? A lot, says producer Jim Jorden, who has created work for NFL Films, NASCAR, SEC Network and others. He pointed to a trove of footage from Russell Wilson’s rookie season that awaits Pete Carroll’s approval as one example of a project waiting to be developed. “These types of productions will always be around,” he said. “Everybody wants to reminisce.”

In fact, more than oversaturation, he’s more worried about the moments not being captured. “When the Cubs won the World Series, during that last game there was a rain delay, and all the Cubs’ players went into the weight room,” he said. “They were down at the time, and there was this big speech given. It was a tremendous rallying point. I wanted to hear that and see that. Why wasn’t that recorded?

“That really hurt my heart,” he said.

The biggest industry takeaway from this summer, in which sports stopped but sports documentaries kept coming and coming and coming, might be that interest proved unending—both from fans around the world and from the companies trying to reach them.