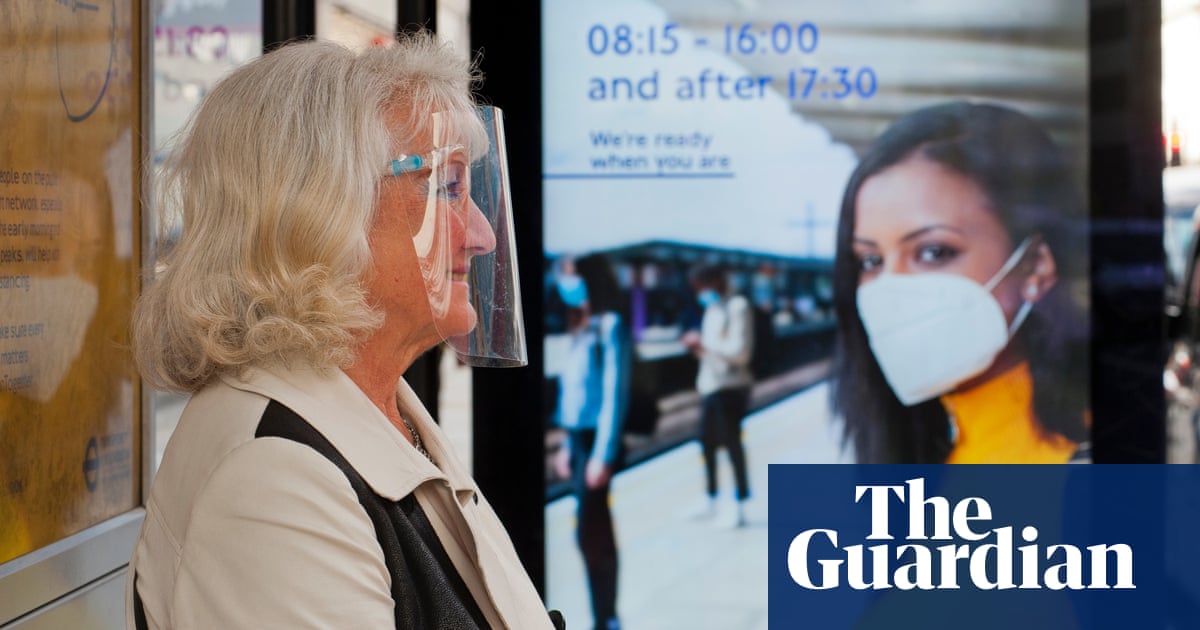 The number of coronavirus infections is rising across the UK, but until recently it was England’s northern cities which seemed to be igniting like powder kegs while London was smouldering but not catching fire. But the announcement that second-tier restrictions (high alert level) would be imposed on the capital from Saturday heralded the possibility that people in London would not escape a second wave.

Some scientists have suggested that former hotspots could be less affected second time round due to higher rates of immunity, or altered behaviour patterns. Others think it is only a matter of time before the capital seriously re-ignites.

Here are some of the leading theories about differences over Britain’s regions in Covid-19 infection rates.

If enough people had developed immunity to Sars-CoV-2, preventing the virus spreading freely, Londoners might have been able to breathe a bit more easily. But the herd immunity level for this coronavirus is estimated at 60% of a population, and the latest Public Health England data suggest that only 17.5% of Londoners have antibodies to it.

It is possible some people have T-cell immunity, which can build up independently of antibodies. It is also possible that some pockets of London have a higher prevalence of antibodies than others, but this is still unlikely to achieve herd immunity levels.

David Alexander, a professor at the Institute for Risk and Disaster Reduction, at University College London, said: “My reading tells me that herd immunity cannot be achieved without a vaccine.”

London has large numbers of white-collar workers, and a relatively low number of people working in manufacturing, retail and wholesale jobs, relative to other areas of the UK. Many office workers can, and are now, working remotely.

Not everyone could better self-isolate by working from home, but the move might be enough to reduce the infection rates, said James Cheshire, a professor of geographic information and cartography at UCL.

Far less crowding and mixing is taking place on public transport. An analysis of people’s activity patterns by Cheshire and his colleagues suggested people were still making significantly fewer journeys into central London than before lockdown, whereas other cities were getting closer to normality in such movements.

“I think the interesting question for London is whether the mixing that’s going on in households is what’s driving the current increase in cases that we’re seeing,” he said. If it is, then tier 2 restrictions, which prohibit indoor socialising, could have a significant impact.

Although compliance with social distancing guidelines was initially high throughout the UK, it is possible that people in London, worried by high coronavirus infection rates during the spring, later became more cautious about visiting public spaces such as restaurants, shopping centres, museums and cinemas.

Anonymised data collected by Google, from apps such as Google Maps, suggests that, compared with January 2020, visits to such venues were down 30% and 31% in Merseyside and Greater Manchester, whereas in greater London they fell by 39%.

However, Alexander, the UCL professor, pointed out that greater prudence by the public had been observed in Italy yet the country was again experiencing a dramatic rise in Covid-19 cases.

More than half of Birmingham and Manchester’s worst-hit areas are among the poorest in England; in Liverpool it is closer to two-thirds. It has been established that people in poor areas are more likely to be exposed to Sars-CoV-2.

Muge Cevik, a virologist at the University of St Andrews, said: “Those with lower-paid and public-facing occupations are often classified as essential workers who must work outside the home and may travel to work on public transport.” Job and financial insecurities could also make people less inclined to comply with social restrictions, while overcrowded households could make it harder to self-isolate.

Calum Semple, a consultant respiratory paediatrician at Alder Hey Children’s Hospital, Liverpool and a member of the Sage, said: “People say viruses don’t discriminate. This is a fundamental misunderstanding – viruses do discriminate, against the most vulnerable parts of our society.”

London has pockets of extreme deprivation and overcrowding. But Richard Harris, professor of quantitative social geography at the University of Bristol, said: “The nature of the jobs there, and the nature of the wealth there for some people, has meant London has been able to adapt differently [compared with] other areas.”

Whether this would be enough to buffer the capital against the full brunt of a second wave, was uncertain. “Things are in their favour, but I don’t think we can take it for granted,” Harris said. “Also, while the capital itself might be spared the full hit of a second wave I’m not sure that one could say the same about all those inside the capital. There are people who are just as vulnerable in London as there are in other cities.”

Timing of end to lockdown restrictions

Another possibility is that infection rates in northern English towns were never driven as low as they were in London and the south during the national lockdown, so once those restrictions were relaxed the “embers” re-ignited the northern areas. An analysis by Public Health England found that some areas of Manchester, Bolton, Oldham and Rochdale never really left the epidemic phase despite the imposition of social restrictions.

Lesser impact from virus in some cities

Cities in south-west England avoided a significant first wave and until recently the number of known infection cases had remained relatively low. Relatively low population densities, poor public transport infrastructure, and the proximity of countryside were all possible explanations.

“Bristol is also a fairly wealthy city and it’s broadly self-contained, so it doesn’t pull in swathes of people, like cities in the Midlands or London do,” said Harris.

Bristolians should not be complacent, however. The city’s infection rate is now climbing, and stands at 120 new cases per 100,000 people. “There’s an element of randomness to this, because all you need is one super-spreader event in a city and if you don’t spot it soon enough you can have a big problem on your hands very quickly,” Harris said.