At the height of the corona crisis, the Bnei Brak-based company was set to launch a clinical trial with 10 Covid-19 patients at Rabin Medical Center in Petah Tikva when the hospital ran out of patients. Rabin and several other Israeli medical centers closed their coronavirus wards as the number of new cases slowed to a trickle.

Stero is now turning its attention toward Europe, where there is, unfortunately, still no shortage of people suffering from the virus. With cases spiking again in Israel, though, a clinical trial closer to home is no longer out of the question.

While Covid-19 has occupied Stero’s interest for the past two months, it was never the company’s main focus. The overlap was steroids.

Stero aims to determine if CBD, the non-psychoactive component in cannabis, can enhance the effect of corticosteroids — the first line of treatment for autoimmune illnesses like inflammatory bowel disease and lupus — or enable reducing steroid dosage while maintaining or improving its therapeutic effects. 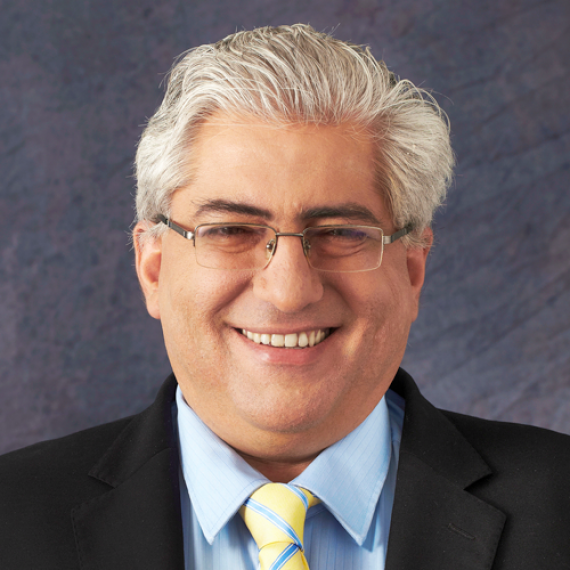 Stero founder and CEO David Bassa’s previous company, Talent Biotech, had developed expertise in using CBD to prevent and treat graft vs. host disease (GvHD), a life-threatening immune condition that can occur following an organ transplant. In GvHD, immune cells from the donor attack the recipient’s tissues. The primary therapy for GvHD is also steroids.

Talent had reached Phase 2b trials when Canadian cannabis company Kalytera bought the company for $10 million in 2017 — the Israeli cannabis industry’s first major “exit.” Kalytera has taken Talent’s technology toward Phase 3 trials with an eye on FDA and European CE approval as early as the end of this year.

Now no longer with Kalytera, Bassa set his sights on an even bigger medical goal: whether CBD could reduce, improve and possibly even replace steroids as a first line of treatment in just about any kind of immune system overreaction.

“The patent covers botanic and synthetically produced CBD, at any dosage and in combination with other drugs,” Bassa tells ISRAEL21c.

Stero chose two indications to start with – Crohn’s and urticaria. They had enrolled Crohn’s disease patients in a clinical trial and were just starting with urticaria when Covid-19 upended everything.

Steroids are also used to fight off Covid-19’s most deadly effect in acute infections: an immune system over-response known as a cytokine storm.

Cytokines are a signalling molecule released in response to a virus. They activate inflammation as a way of containing and eradicating the pathogen. In a cytokine storm, the immune system releases too many of these molecules. The result is often more collateral damage than the virus itself would have caused.

In a landmark UK trial, researchers found that use of dexamethasone, a type of steroid, reduced deaths for COVID-19 patients on ventilators by a third and cut deaths for those receiving just oxygen by 20%. The researchers say that if the drug had been used at the beginning of the pandemic, up to 5,000 British lives could have been saved.

Stero had proposed to investigate whether CBD can boost the therapeutic effectiveness of steroids in Covid-19 patients.

For its trials with Crohn’s and urticaria research, the aim is to see if CBD can reduce the need for high dosages of steroids with all the negative side effects they cause.

Meanwhile, the Medical Cannabis Research and Innovation Center at Rambam Health Care Campus in Haifa has proposed a trial of its own to determine if certain strains of cannabis can save severely ill Covid-19 patients from cytokine storms.

In the four-month randomized, double-blind trial, half the patients will get CBD oil and half will get a lookalike placebo.

In the first month, the steroid dosage will be reduced while the CBD (or placebo) is introduced. If a patient has a major Crohn’s flareup and is receiving the placebo, he or she will be dropped from that arm of the trial and given CBD instead. Patients who flare up while receiving CBD will be put back on their regular dose of steroids.

Bassa cautions readers with inflammatory conditions against experimenting at home. The amount of CBD in the trial is 300 mg a day – about 10 times the amount usually used by consumers of CBD as a wellness product where it’s legal.

Stero’s CBD is synthetically produced, making it more expensive than CBD from plants, but Bassa says synthetic CBD “assures us a clearer eventual path with the FDA.”

Serendipity and a promise

The CBD-steroid connection was discovered by accident.

Dr. Moshe Yeshurun, Stero’s senior medical adviser, directs the bone marrow transplantation unit at Rabin Medical Center. He had GvHD patients “who were suffering very much and he wanted to ease their pain by giving them medical cannabis,” Bassa tells ISRAEL21c.

But the patients also started to get better and show less signs of disease.

Bassa’s story has a similar unexpected twist. He was a successful software entrepreneur when his mother was diagnosed with multiple myeloma, a deadly blood cancer.

In looking for a drug that could help her, he discovered that Prof. Moshe Mittleman, from Tel Aviv Sourasky Medical Center, was investigating whether off-label use of erythropoietin, a molecule generally used to boost blood hemoglobin, could ease multiple myeloma.

Bassa’s mother began taking erythropoietin. “She lived another 11 years instead of the three that was predicted,” Bassa says.

Bassa’s mother made him promise to “take the solution that worked for her to the world,” he recalls. He raised $2 million to build a company to commercialize erythropoietin for blood cancer, but he was ultimately not successful.

“Luckily for patients, there are newer treatments today that have already replaced erythropoietin,” he explains.

What he couldn’t do for erythropoietin he is trying to do in the cannabis space.

Stero, which has raised $1 million, is one of a half-dozen companies Bassa operates out of his Cannabis Innovation Center in Bnei Brak.

He has a partnership with Clalit, Israel’s largest HMO. Indeed, most of Bassa’s team of 20 works in Clalit hospitals and clinics. Mor Research Applications, the technology-transfer office of Clalit, is Stero Biotech’s main shareholder.

Bassa’s other companies include CannaLean Biotechs, which is exploring whether CBD can help lower cholesterol; CannaMore, which is studying CBD’s potential role in treating bronchiolitis obliterans, a pulmonary disease; and BioSeedXL, a tech incubator for cannabis companies.