No shit sherlock, knock me over with a feather clever Trevor.

Here’s the press release for the most unsurprising research of the week from the University of Qld.

Here at CLR we know we’ll be in trouble for anecdotal evidence but as we are surrounded by Australian highschoolers and those in early tertiary education in Sydney we’d suggest that up to 60% if not more have already tried cannabis and it has been ever thus since the 1970’s. Acadamics, politicians and policy makers have to stop kidding themselves about recreational cannabis use in Australia and really get to grips with policy rather continuing to allow making some people extremely wealthy because they sell an in demand commodity and don’t pay tax.

Even the Murdoch press know the reality !

MAKING a bong out of a plastic bottle and garden hose is more than just a favourite pastime, it turns out Aussies are more partial to hitting the billy than anyone else on the planet.

This is the finding of the world’s biggest annual drug survey, which had more than 115,000 participants from 50 countries, including 5,700 respondents from Australia.

The Global Drug Survey, conducted by an independent research company in London, provides the largest in-depth examination at how drug habits vary between regions.

Locally, more than 75 per cent of Aussies admitted to using illicit drugs at one point in their life, while 30 per cent confessed to indulging in illegal substances a month before the survey.

The press release for the published research…

A number of young Australians say they would use cannabis for the first time if it were legal, a UQ study has found.

Researchers from UQ’s National Centre for Youth Substance Use Research and the School of Psychology used survey data from more than 3,000 adolescents and young adults to estimate how many might consider using the drug if it was legally available.

Study lead Dr Janni Leung said the potential for increased cannabis use by young people remained a key concern of opponents of a change in the law. 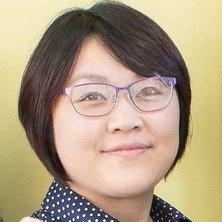 “Support for legalising recreational use of cannabis has increased in high-income populations around the world, including Australia,” Dr Leung said.

“Of these, 85 per cent  of the adolescents and 59 per cent of the young adults said they had never used cannabis before.

“While most young Australians did not intend to use the drug, we have a substantial minority who say they would try it for the first time if it were legal to do so.

“In addition, young people who have used cannabis before expressed their intention to increase their use if it were allowed by law.”

Dr Leung said the legalisation of cannabis for recreational use should be accompanied by public health resources to discourage use during adolescence and inform the public about the risks of regular cannabis use.

“Our study gives policymakers and health service providers a glimpse of the potential impacts of cannabis legalisation on adolescents and young adults in Australia,” she said.

“This data could be used to inform and plan for public health interventions, treatment services, educational campaigns, and regulations needed for jurisdictions that have adopted or are considering legalising cannabis for recreation use.”