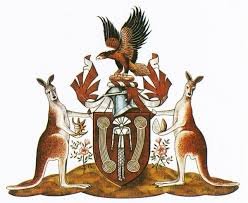 In Australia, the NT Farmers Association (NTFA) is encouraging agricultural producers in the Territory to take a crack at growing industrial hemp now that it is legal to do so with a licence.

The Northern Territory Government planted its first crop of industrial hemp in 2016, but it wasn’t until May 2019 that the Territory’s Hemp Industry Bill was tabled. The bill passed in August last year and the Hemp Industry Act and accompanying regulations came into effect in early May.

Now things are good to go, NT Farmers Association, the peak body for all plant-based industries in the Northern Territory, has been keen to promote the crop as an option for the Northern Territory’s farmers. It recently became a founding member of the Australia Hemp Council and has been working with researchers and industry to develop the NT’s competitive advantage.

One of the advantages the Territory has is the potential for two crops a year –  one potentially producing viable seed via a dry season (May–October) crop, and supplying that to other hemp farmers across Australia for summer planting.

“Hemp is an innovative new broadacre cropping opportunity which produces a versatile, environmentally sustainable and profitable products,” said the Association in a recent Facebook post. “NTFA are keen to work with interested producers to make this new opportunity a reality, so if you are keen to find out more or get in touch, email Andrew on [email protected]”

Industrial hemp can only be grown in the Northern Territory from approved hemp seed varieties for fibre, seed and seed oil production, and hemp grown must not contain more than 1% THC content by dry weight. Off the table is producing extracts, resin or isolates – so in other words, no CBD production under NT hemp laws. Also not permitted is leaf material being used as stock feed and industrial hemp crop residues must not be used or sold as hay or silage.

It’s not clear as to how many NT farmers have applied for a licence to grow the crop at this point.

More on the Territory’s industrial hemp program can be found here.